Hana Hindráková was born in 1982 in Trutnov in the Czech Republic in Europe, where she spent her childhood and graduated at the Business Academy.

In 2001 she moved to Prague and studied International Business at the University of Economics. In 2005 she successfully passed her Bachelor exam. For her postgraduate studies she specialized in tourism and, within that, in development studies, which sparked her interest in the African continent.

After university studies, in 2008, she started her own non-profit organization, caller Fair, and visited Kenya seven times in the implementing various cooperative projects. She became fascinated by the country and its people, and it provides the setting for five of her novels: Nobody´s Children, Karibu Kenya, The Volunteer, The Enchanted and Unbreakable.

In 2012 she made her debut novel Nobody´s Children, who is ranked among the best-selling book of Alpress Publisher in February 2013 and was nominated to the shortlist of twenty books on the book of the year 2012. The novel has also been translated into English.

Then the manuscript of the book Karibu Kenya won the competition I have a talent organized by the Euromedia Publisher (2012).

In January 2014 her novel The Volunteer was published by Alpress Publisher, a year later, in February 2015 novel The Enchanted.

Her novel The Skull Hunters was published by Grada in May 2016.

In 2017 her novel Deadly Business, thriller taking place in Uganda, was published by Alpress Publisher.

In 2018 her novel The Unbreakable was published by Alpress Publisher in the Czech Republic and in 2019 by Moran Publisher in Kenya.

Hana Hindráková lives in a small town near Prague. 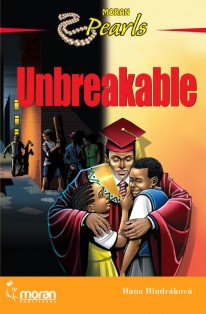 My new novel Unbreakable was published in Kenya in September 2019 by Moran Publishers. The hard copy you can buy here and the ebook here.

The festive launch of Unbreakable 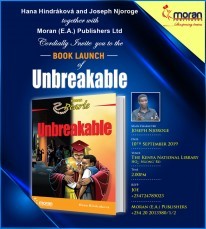 You are welcomed to come to festive launch of UNBREAKABLE, which will be 10.9.2019 from 2 pm at Kenya National Library Building, Ngong road, Nairobi. More information you can find here.

Trailer to my book Nobody´s Children you can watch here. 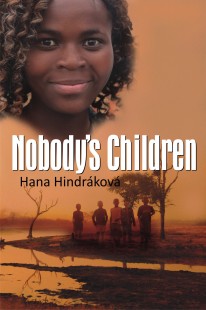 Do not miss the great opportunity to read Hana´s exciting novel from Kenya. The ebook Nobody´s Children you can buy it here.